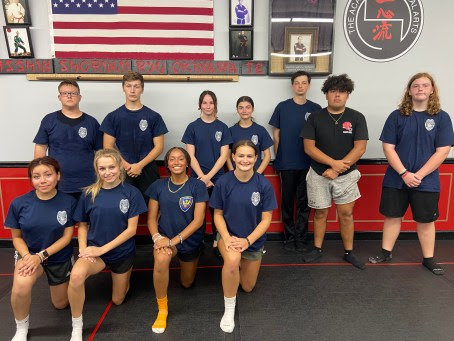 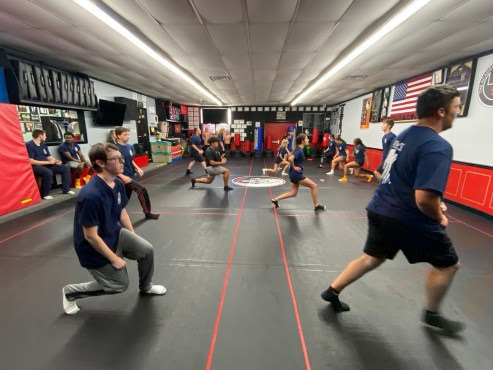 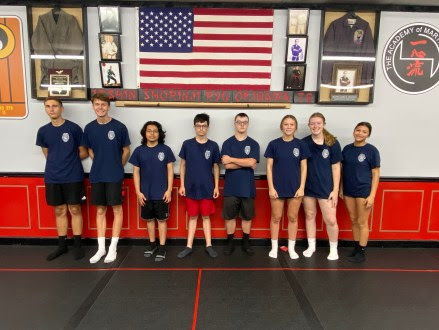 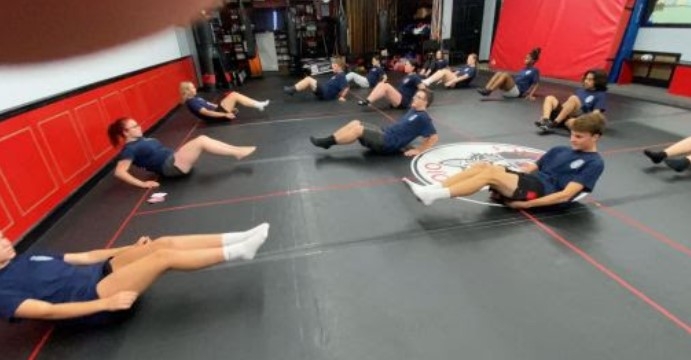 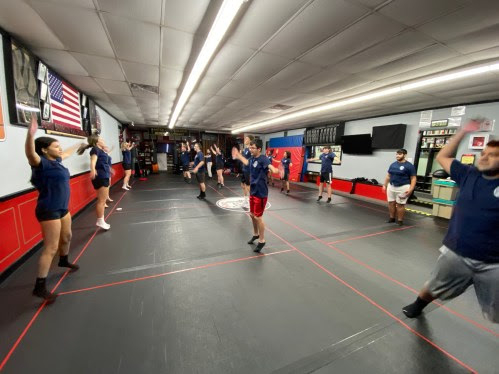 Saying “Deck O’ Cards” in the Law Enforcement class causes students to tense up, start to sweat and figure out how they can manage an absence.

Deck O’ Cards was first introduced by Sensei John Righeimer in 2008. I asked Sensei if he could give a class on conditioning, as it is a very important facet of policing. He said that he could and had just the right program. He showed up at Dojo Dynamics, who graciously opens their doors for us, and opened a deck of cards.

The premise is every suit is an exercise and as you flip the cards, you do the corresponding number of that exercise. For example, a ten of clubs may be ten jumpin’ jacks.

The entire deck lasts about 75 minutes the first time.

The classes start out strong and then dwindle as the students soon realize that they are in horrible shape.

The AM started with 18 and ended up with eight.

This is a great measuring event. As we progress throughout the year, the number of students that last the entire time gets bigger and bigger, and the time gets shorter and shorter to about 45 minutes.